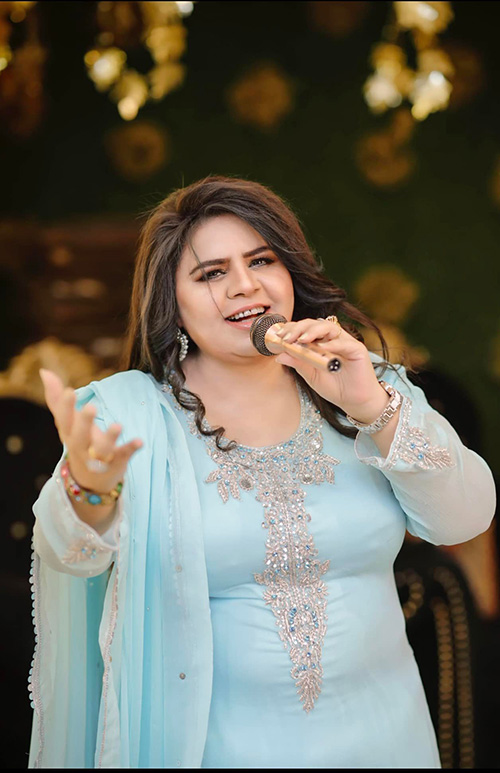 Shazia Manzoor is a world renowned Qawwali singer from Rawalpindi, Pakistan. She has recorded numerous albums including 2018 recording with Shergill Records. She stars in the music video with singer, Zakir Amanat on the song "Akh Da Nasha".

She has won two Nigar awards. (Nigar awards honor outstanding Pakistani achievements in film likened by some to the Academy Awards in the United States.) She is a playback singer for the Pakistani film industry performing for the acclaimed film "Ishq Khuda" in 2013. (Playback singers record the songs for film soundtracks even though they are not seen on the film. Their singing is sometimes lip synced by another actor or actress.)

Shazia sings both in Punjabi and Urdu. Her performances are well-known throughout Pakistan and the Pakistani diaspora. In addition to her numerous recordings, Shazia performs on Coke Studio, one of the longest running Pakistani television shows which promotes emerging artists and singers.

Manzoor will hold a guest lecture on Sept. 16 in Thompson Chamber Music Hall before her concert on Sept. 17 in Libby Gardner Concert Hall. Both events are open to the public and free to U students.