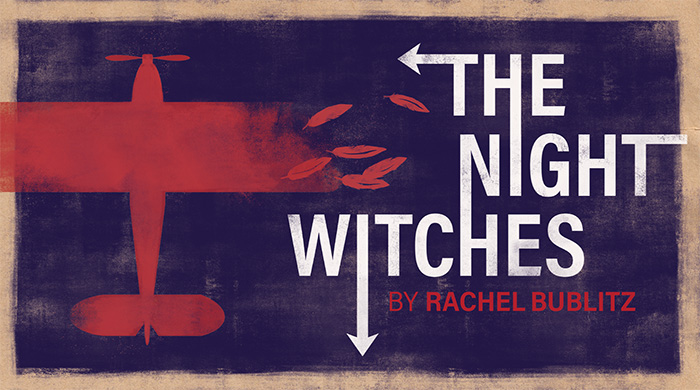 The Night Witches - A Virtual Performance

THIS IS A VIRTUAL EVENT. You will get an email with the link to watch the event 24 hours before the performance
Ticket sales end 30 minutes before performance time; you will no longer be able to purchase 30 minutes before performance time
CHAMPION: $15 (pay full price to support the Theatre Department!)
General: $5
UofU Faculty/Staff/Senior/Military: $3
UofU Student ArtsPass: Free (one per ID)
Student: $2
High School Student: Free
No refunds or exchanges, all sales final
| Price: $ - $

The Night Witches
By Rachel Bublitz
Directed by Alexandra Harbold

Nina and Vera have just finished their training as navigators and are moments away from their first combat mission. As they fight their nerves, the women around them remind them what they are fighting for: honor, family, survival, the love of Mother Russia. But this night is different in more ways than one, and the enemy is waiting. When the time comes, to the sky they must go–ready or not.

At the height of World War II, the infamous “Night Witches”—the 588th Night Bomber Regiment of the Soviet Air Forces—flew without parachutes in planes made of canvas and wood. Hidden by darkness, silent as owls, they dropped bomb after bomb on their German enemy every fifteen minutes to keep them from sleeping. The Night Witches saw little rest themselves; underestimated and undersupplied, these women traveled between ranks and duties as fluidly as they traversed the night skies. Mechanics became navigators, navigators became pilots, and pilots became commanders. In time, all became legends.

Through movement, song, and lyrical dialogue, The Night Witches follows these brave women through one fateful evening, as they venture into the sky and beyond.

Disclaimer: Simulated violence and images of conflict/war. Some lighting effects may be uncomfortable for photosensitive viewers.