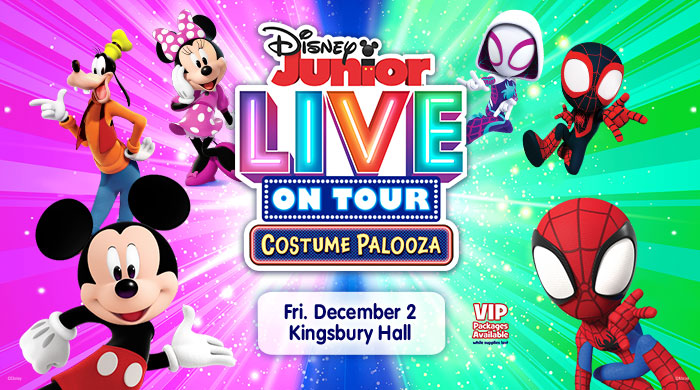 Kingsbury Hall The Pollstar nominated Disney Junior tour is back with an ALL-NEW show, Disney Junior Live On Tour: Costume Palooza! This show bring beloved Disney Junior characters and favorite marvel Super Heros together live on stage for a jam-packed, concert-style show with singing, dancing, acrobatics, and more. Mickey, Minnie, and their pals are getting ready to throw a huge costume party but mysterious green rain, wind, and smoke keep interrupting the fun. Can Spidey and his Amazing Friends help save the Costume Palooza? Come see Mickey, Minnie, Goofy, Doc McStuffins, Alice, the Puppy Dog Pals, and Marvel's Spidey and his Amazing Friends LIVE on stage! 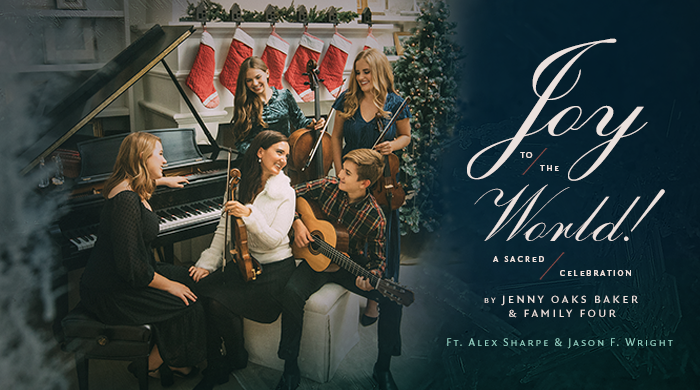 Joy To The World! 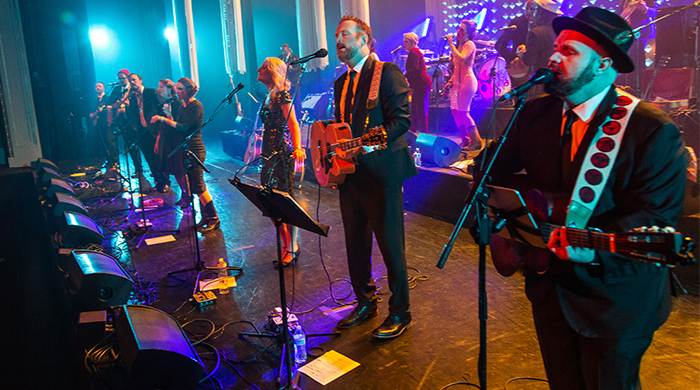 Kingsbury Hall Don’t miss the return of this irreverent and rollicking holiday tradition, with Christmas favorites and some songs you don’t know are your favorites yet! 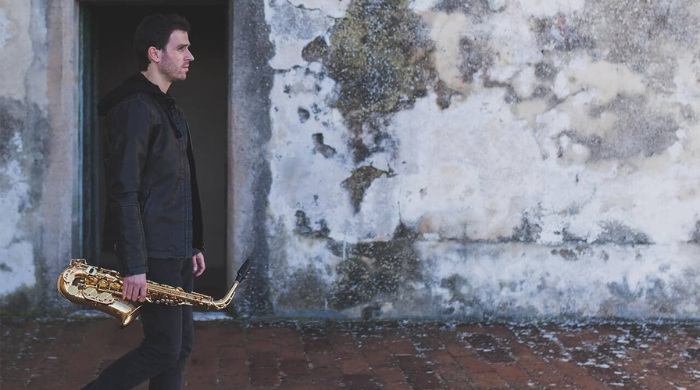 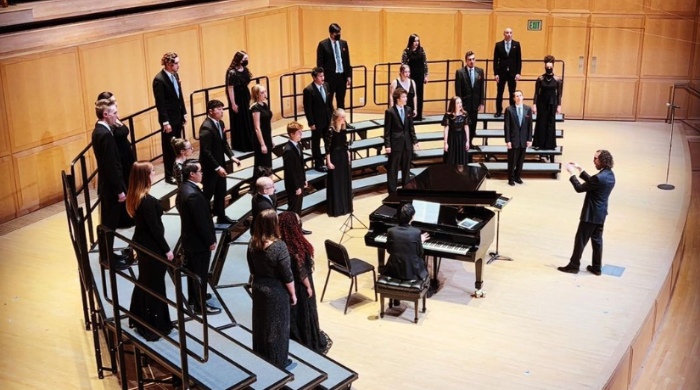 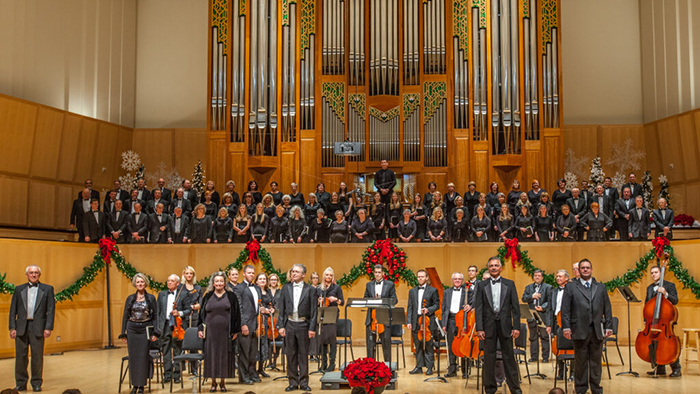 Libby Gardner Concert Hall The Oratorio Society of Utah, in their 107th year, is pleased to once again present our Annual Handel's Messiah. 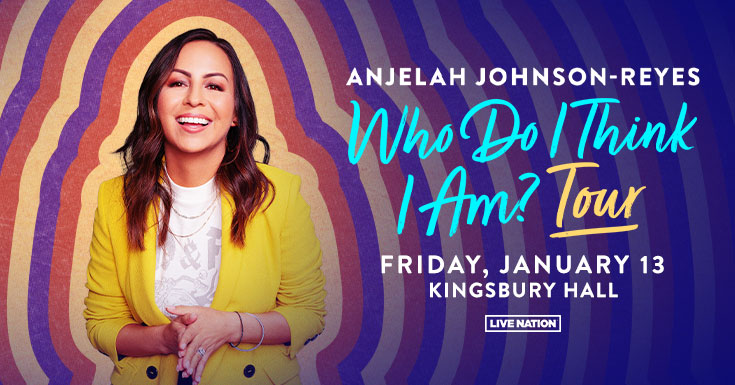 Anjelah Johnson-Reyes “Who Do I Think I Am?” Tour

Kingsbury Hall Anjelah became an internet sensation with her viral video “Nail Salon,” which led to many stand up, television and film opportunities. That same year, she joined the cast of “MADtv” as a series regular, which spawned another internet sensation, “Bon Qui Qui.” This original character, a disgruntled fast food employee with no filter, has been enjoyed, viewed and replicated by over 65 million people worldwide. In June 2009, Anjelah recorded her first one-hour special for Comedy Central and Warner Bros. Records titled That’s How We Do It. Her second one-hour special, The Homecoming Show, aired on NUVOtv in July of 2013 and is currently available on Netflix. In 2014, Anjelah recorded her third hour special, Not Fancy – which is a Netflix original and is currently available for streaming. In 2017, she filmed her fourth hour special, Mahalo & Goodnight, in Honolulu, Hawaii. It premiered on Epix and is now available for steaming on Hulu. She is currently working on her fifth special. Anjelah has starred in such films as Our Family Wedding, Alvin And The Chipmunks: The Squeakquel, Enough Said, The Resurrection Of Gavin Stone, and the film Mom’s Night Out, which not only features Anjelah, but also her husband, musician Manwell Reyes of the musical duo Panda$ 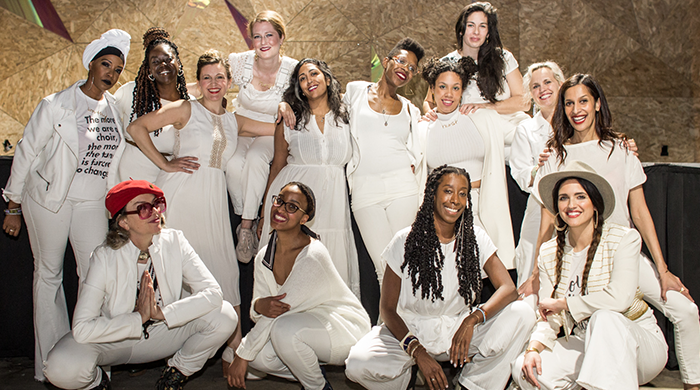 Kingsbury Hall Join us for an evening sure to breathe joy and hope as the Resistance Revival Chorus takes the stage in an uplifting performance. 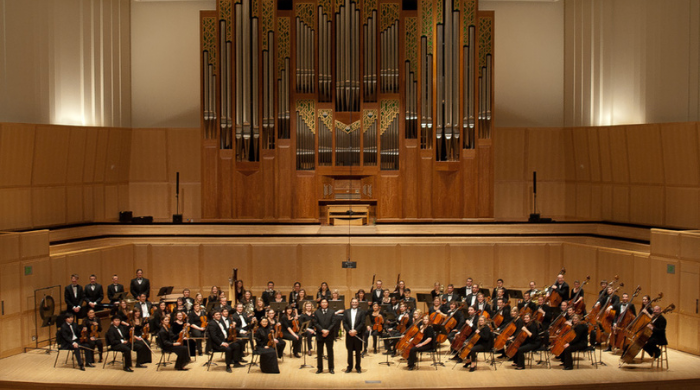 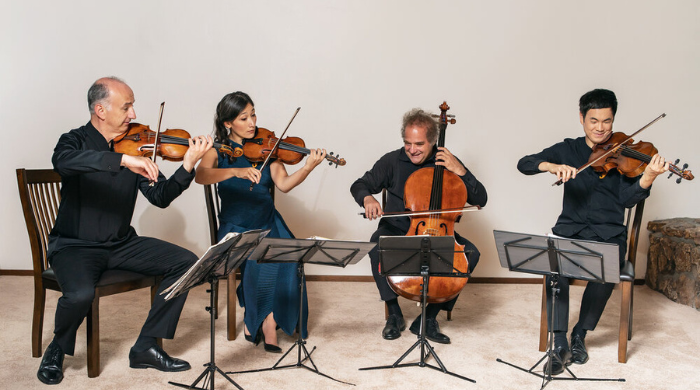 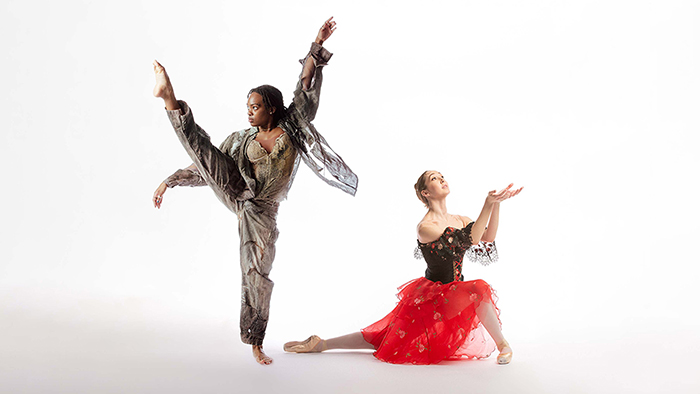 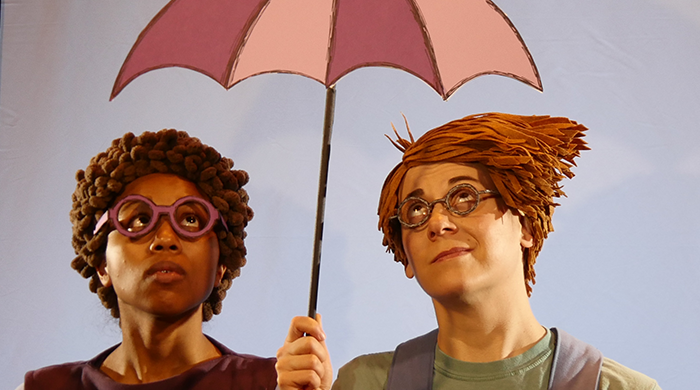 Manual Cinema’s Leonardo! A Wonderful Show About a Terrible Monster

Kingsbury Hall Adapted from the beloved children’s books by Mo Willems, and realized through mind-bending puppetry, DIY cinema, music, and an original score, you won’t want to miss this show! 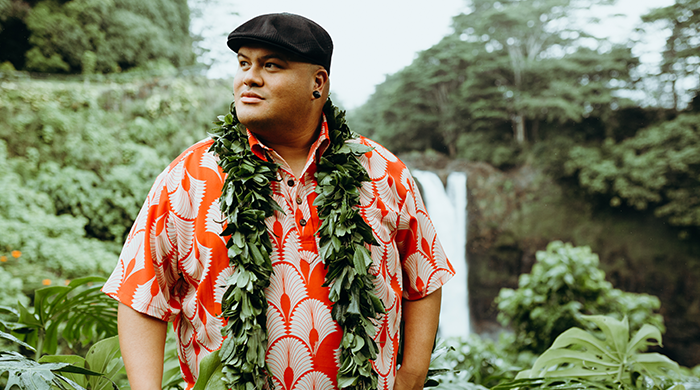 Kingsbury Hall Kalani Pe’a is a singer of power, sensitivity, and charisma and one of the most promising talents in a new generation of Hawaiian musicians. 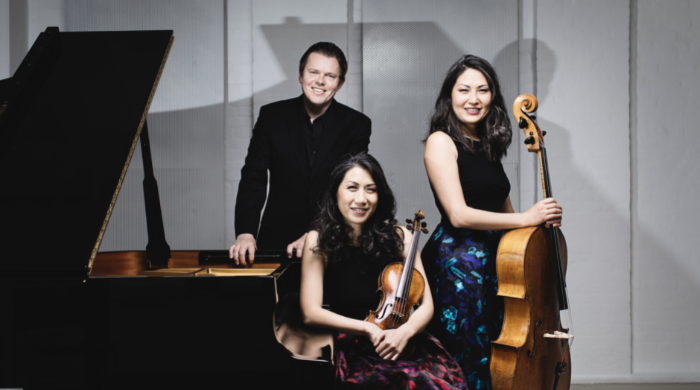 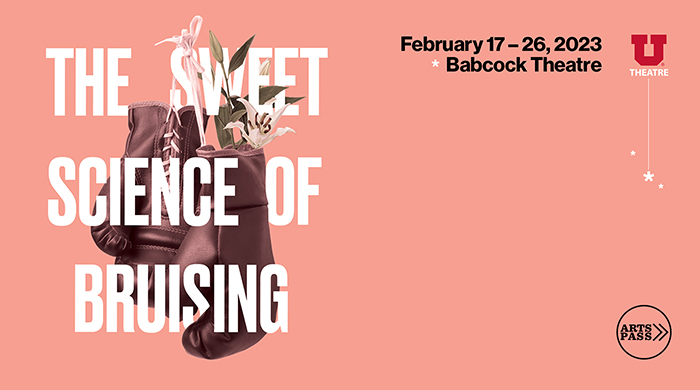 The Sweet Science Of Bruising

Babcock Theatre THE SWEET SCIENCE OF BRUISING centers on the little-known (but very real) world of women’s boxing in Victorian London. As they train, the four women at the heart of the story discover an unexpected sense of freedom and solidarity. But different fights await each of them outside the ring, and the stakes soon become too high to ignore. 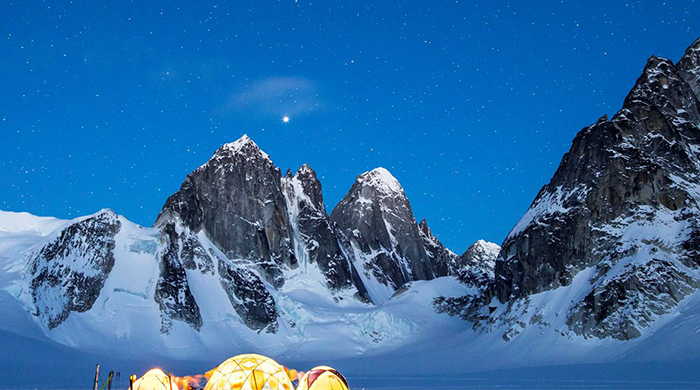 Marriott Center for Dance New work from the School of Dance faculty members, Melissa Bobick and Molly Heller will be presented with pieces from guest artists. 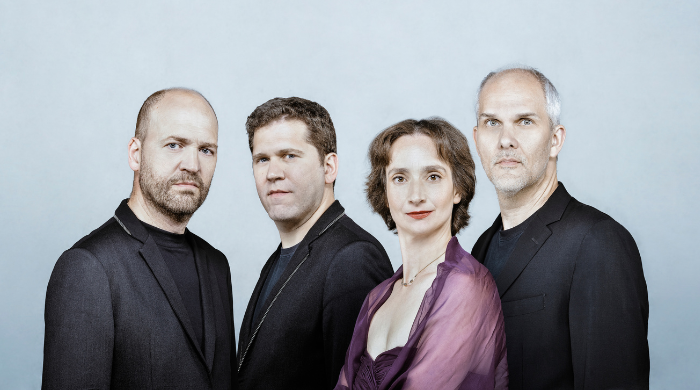 “An Evening of Gilbert and Sullivan”

Libby Gardner Concert Hall U Opera with Paradigm Orchestra presents: "An Evening of Gilbert and Sullivan" 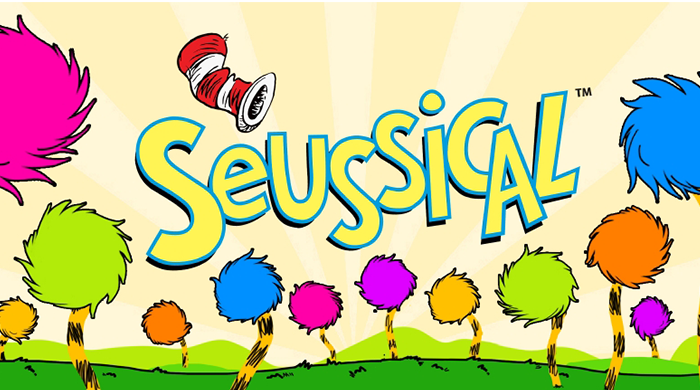 Kingsbury Hall Now one of the most performed shows in America, Seussical is a fantastical, magical, musical extravaganza! 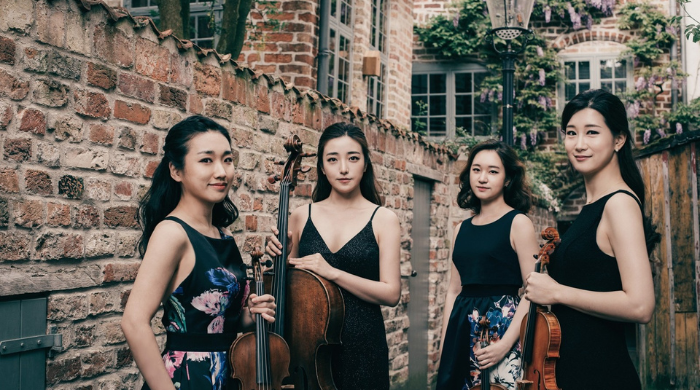 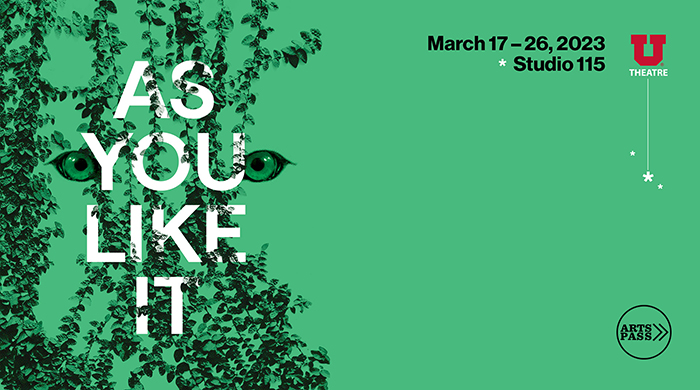 Studio 115 Reminding us that “all the world’s a stage,” Shakespeare’s AS YOU LIKE IT is a brilliant, hilarious riff on the roles people play in life and in love. This classic comedy features some of Shakespeare’s most quotable lines and best wordplay, spoken by some of his wittiest characters as they challenge us to rethink traditional notions of romance and gender. 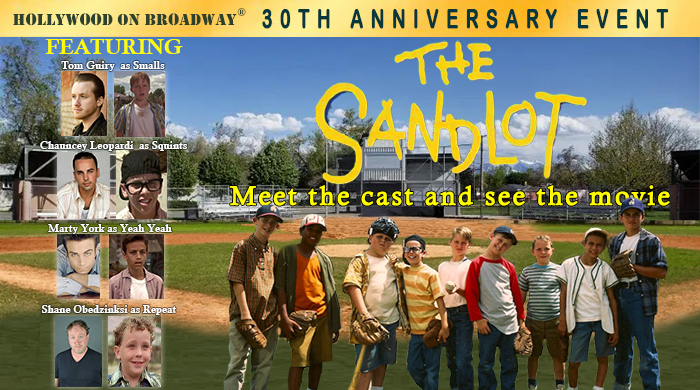 The Sandlot 30th Anniversary with the Cast

Kingsbury Hall Join the cast of The Sandlot movie for its 30th Anniversary viewing. After the movie, the actors will participate in-person with an interactive discussion of the film, share behind the scenes anecdotes, and tell their personal insight of why it is still a great memory to them.
Load More Events
See All Events
Privacy Policy | Disclaimer | Nondiscrimination & Accessibility